Biocide-containing antifouling coatings are widely used to prevent the accumulation
of marine biofouling on vessel underwater surfaces. The adhesion of microbial
slimes, macroalgae and hard-shelled organisms such as barnacles on vessels create increased friction as the hull glides through the water. This can lead to reductions in vessel manoeuvrability, increased weight and reduced speed, all of which can result in increased fuel consumption and maintenance costs.

A study conducted by I-Tech and Safinah Group found that of 44% of 249 large,-
ocean-going vessels inspected in dry dock had over 10% of their underwater hull
surface covered with hard fouling. If you extrapolate that to global fleet scale, we estimate that (based on data published in study by Michael P. Schultz in 2011 for added resistance due to hard fouling) just 10% hard fouling coverage could be responsible for at least 110 million tonnes of excess carbon emissions per year, and an additional US $6 billion spent annually on fuel from the international shipping industry.

As the first line of defence against biofouling, antifouling coatings must ensure continued protection, as biofouling conditions change and intensify in warming waters due to climate change.

Today, there are a limited number of biocides available for use in marine antifouling coatings. For these biocides, a sustainable release rate of across the entire intended lifespan of a coating product is essential for effective biofouling prevention. For example, antifouling coatings for large, merchant vessels need to deliver adequate antifouling
protection for up to five years vessel operational time between drydocking, as
dictated by safety obligations at an international level.

If we look to the past for inspiration on how to create better antifouling coatings for the future, unrivalled biocide release rate control is achieved when a biocide is covalently attached to a polymer chain, with the biocide release only occurring when the covalent bond between the biocide and the polymer is hydrolysed upon contact with water at at the coating surface. This was the highly effective controlled release rate method used for the high-performance tributyltin (TBT)-based coatings of the past.

In recent years, I-Tech AB and RISE Research Institutes of Sweden (RISE) have collaborated to prove the concept that the barnacle-repelling biocide, Selektope® can be attached to a polymer chain as an alternative method for its introduction into antifouling coatings and to improve the control of its release. 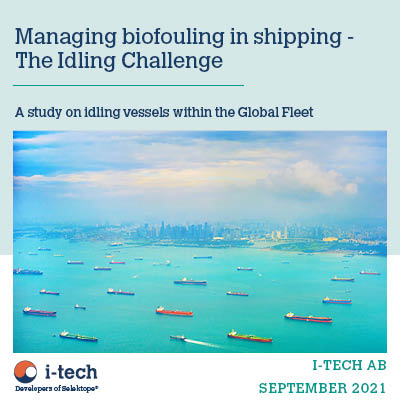 This white paper takes a deep dive into why idling ships are at risk of biofouling and the impact of barnacle fouling on vessel performance. The paper is based on the I-Tech / Marine Benchmark study which reveals the substantial increase in the numbers of vessels at idle over the past 10 years. A vocal finding is also the high extent of vessels idling in so called biofouling ´hotspots´, with water temperatures above 25°C. Vessels spending the majority of their time sailing in these regions are at acute risk of excessive hard fouling accumulation. 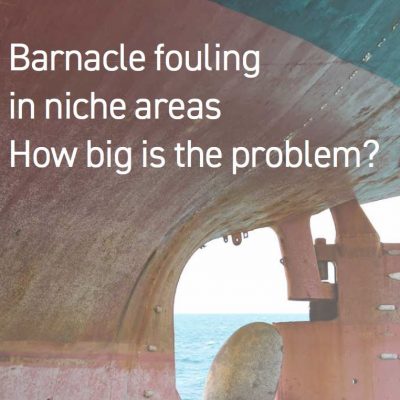 Barnacle fouling in Niche areas - How big is the problem

I-Tech contracted independent marine coating consultants, Safinah Group to analyse underwater hull fouling
condition on a sample of 249 ships which drydocked over a four-year period between 2015-2019.

The significant extent of barnacle fouling in niche areas based on this sampling demonstra- tes that the current fouling protection solutions do not give satisfying results in these areas. 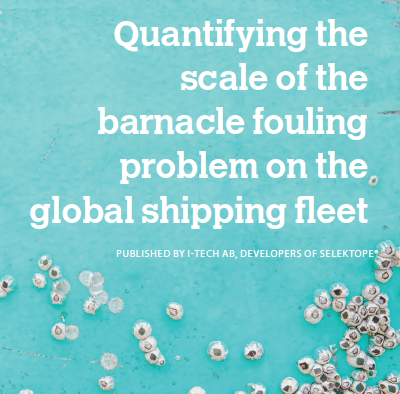 Take part of the full Whitepaper available for download here:

Selektope is an organic, metal-free active agent added to marine antifouling paints to prevent barnacles from settling on coated surfaces by temporarily activating the swimming behaviour of barnacle larvae. This bio-repellent effect makes Selektope the only type of technology of its kind available to the marine paint manufacturers.

Our vision is for Selektope to be the preferred solution for sustainable marine fouling protection. 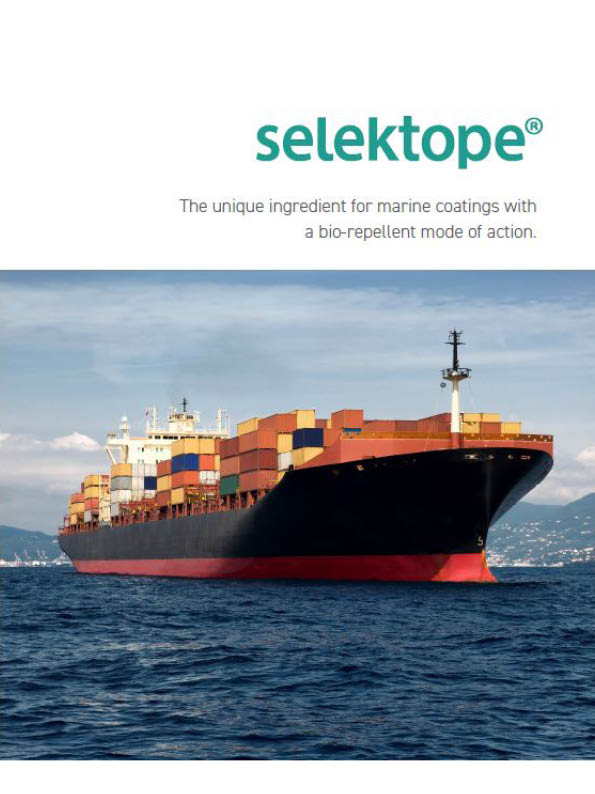