As public health measures to contain the devastating impact of COVID-19 placed 4 billion people and a myriad of global industries on lockdown, the commercial impact suffered by the shipping industry has been immense.

A common feature across the entire spectrum of ships that operate in our colossal industry is that there are significantly more ships sat still than this time last year. Ship owners have looked to put ships in hot or warm lay up as an interim solution to weather the dismal market conditions brought about by decreased consumer goods demand and halted passenger cruising and short-sea ferry trips due to travel restrictions.

In April this year, Clarksons Research predicted that 2020 could see global seaborne trade shrink by 5%, the biggest annual decline the sector has seen in 35 years. According to Alphaliner, the beginning of June saw the inactive global containership fleet stand at 2.72m teu, representing 11.6% of the overall fleet capacity. Passenger ships and cruise ships sat eerily still being one of the early casualties of the pandemic.

In the tanker sector, 4 billion people going into lockdown resulted in a serious drop in the demand and price of crude oil. With oil being traded on the futures market, traders were looking to lock in value, and in west Texas, producers were paying traders to take oil off their hands, resulting in negative oil prices. This resulted in a significant upturn in demand for using tankers as floating storage when land-based storage quickly became overwhelmed. According to Lloyd’s List Intelligence, as the industry sailed into the last week of May 2020, crude oil stored on tankers surged to a record 275 million barrels across 239 tankers sat at anchor for 20 days or more.

Not since the global crisis of 2008 and 2009 has such a large proportion of the industry sat still. This is bad for business and also bad for biofouling.

Biofouling has been a perennial headache for the shipping industry for centuries. However, it now looks like it’s going to get far worse, particularly for those vessels sat idle in warmer waters. Marine organisms love a static submerged surface and ship hulls below the waterline are prime real estate.

Since biofouling causes increased frictional resistance when water flows across the hull, ships with heavy fouled hulls have to burn more fuel to maintain the same speed through the water. Or if a ship is operating on fixed shaft power, speed penalties will ensue.

Barnacles and their volcano-shaped hard shells that stick out into the water column are a particularly horrifying contributor to frictional resistance. Once they attach head-first onto a hull using their super strong glue, they are also a very tricky beast to get rid of. If water-based cleaning techniques won’t shift them, more abrasive scrubbing methods are required.

Just recently, a new research study commissioned by I-Tech AB, undertaken by the Safinah Group, revealed the true extent to which barnacle fouling impacts the global fleet, and the results are shocking.

For the research study, UK-based marine coatings consultants the Safinah Group analysed underwater hull fouling condition on a sample of 249 ships which drydocked over a four-year period between 2015-2019. It was discovered that over 40% of vessels surveyed had a barnacle fouling coverage on the hull of over 10%.

Since anything more than 10% coverage is deemed to cause an ‘unacceptable’ impact on vessel performance by experts, the global fleet is really suffering the consequences.

Extrapolating from published data taken from a 2011 study by Michael P. Schultz, this level of hard fouling (assuming a 10% coverage of hard fouling on 40% of the fleet) could be responsible for at least 110 million tonnes of excess carbon emissions, and an additional US $6 billion spent on fuel per year for the global commercial fleet. The true figure is likely to be higher, as this is a conservative calculation based on today’s relatively low fuel prices.

This data analysis was carried out before the COVID-19 pandemic therefore, it can be anticipated that in recent months, the extent of barnacle fouling coverage across the global fleet will have increased significantly, chiefly due to the huge proportion of vessels that have lain idle. We can definitely assume that if this data collection exercise is repeated, we could anticipate a significant spike in the extent of fouling coverage.

This means that when the thousands of vessels that have welcomed barnacles on the hull set sail again, their impact will be immediately noticeable on the fuel bill. For those ships that were protected against extended idling periods by antifouling coatings that have I-Tech’s Selektope® technology inside, they will reap the immediate benefits of a barnacle-free hull.

As such, the examination of the idle period guarantees provided by coatings manufacturers and identifying what components can enable protection during extended idling periods is more important than ever.

Therefore, considering antifouling coatings that contain Selektope® is an easy step to ensuring that ships sail free from barnacle burden. 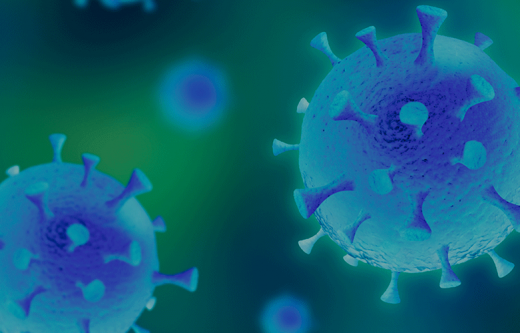 Biofouling in the time of COVID-19

As public health measures to contain the devastating impact of COVID-19 placed 4 billion people and ...