Yesterday’s antifouling paint formulations will not work for tomorrow’s challenges, especially when the international cargo shipping industry is facing the challenge of achieving rapid decarbonisation in line with stringent CO2 reduction targets by 2050, as set by its regulatory body the International Maritime Organization (IMO).

The pivotal role of the antifouling coating in maintaining a smooth hull and preventing excess fuel consumption and resulting emissions means that innovation in the marine coatings sector is rife.

Biofouling, whether macro (hard organisms – predominantly shell forming creatures) or micro (soft organisms – algae and bacteria that make slime), significantly increases the amount of hydrodynamic drag across a ship’s hull when it moves though water. Hydrodynamic drag is commonly known as frictional resistance and it is this resistance through water that requires the ship to burn more fuel to maintain the same speed through water. Alternatively, if the ship is required to conduct a voyage on a fixed shaft power, or fixed amount of fuel consumption, speed losses are the result of increased frictional resistance.

Hard fouling, which predominately comprises clusters of barnacle colonies, cause the greatest penalty in terms of hydrodynamic drag when attached to a ship’s hull.

One commonly cited statistic in the marine coatings sector comes from a 2007 study published by Michael P Schultz – “a vessel travelling at 15 knots with a ‘small amount of fouling or weeds’ would require 34% more engine power to maintain a speed of 15 knots, whereas a vessel going at 30 knots with the same amount of fouling will require 22% more power to keep its speed.” Although, this particular study is for a naval frigate vessel, the startling statistic can be applied for the impact of biofouling on cargo ships alike.

It’s not just the environmental impact of biofouling that is turning cargo ship owner attentions towards advanced marine antifouling technologies. A hull suffering from heavy fouling is also extremely impactful on maintenance costs. Costs associated with hull cleaning services are factored into a ship operator’s operating expenditures (OPEX) but as global biofouling risk increases, hull cleaning is likely to be required more frequently, in-creasing maintenance costs. Repeated cleaning of the hull can also remove layers of the antifouling coating, reducing its service life. The removal of barnacle fouling is particularly costly and highly impactful to the coating on the hull since abrasive methods are often required to remove the glued organisms.

In addition, growing regulatory focus on the transportation of invasive aquatic species (IAS) by the international shipping fleet of over 50,000 merchant vessels creates an increased risk of potential commercial impact. Some regional regulations are already in force that allow ports to refuse entry of heavily bio-fouled ships, resulting in greater financial costs for the operator. On an international level, IMO has recently shifted its focus on tackling IAS transfer via ships’ uptake and discharge of ballast water onto hull biofouling. Many barnacle species have been identified as problematic when transferred into new ecosystem, posing a huge threat to local biodiversity.

Unfortunately, biofouling accumulation on wetted surfaces is a risk that all oceangoing cargo ships have always been exposed to. However, it’s a risk that an increasing due to the boundaries of so called ‘biofouling hotspots’ where concentrations of organisms that attach to ship hulls are highest, are expanding as climate change warms oceanic temperatures. This means that an increasing number of ships that would normally have been operating predominantly in waters where biofouling risk is not as high, will soon find themselves located in biofouling hotspots, or they do already and are suffering the consequences. The global shift in economic trade patterns won’t help matters either. Since the 1990s, a dominating portion of seaborne trade through ports in tropical and sub-tropical zones – some of the most intense biofouling hotspots. This shift, as well as the general expansion in global trade, has meant that ports are busier, so vessels are spending an increasing amount of time idle in biofouling hotspots. When it comes to avoiding barnacle attack, increase idling time will only aggravate the issue since it is only when a vessel is idle that barnacle larvae can attach and call the hull of a ship home, this makes the issue of biofouling even more alarming.

These afore-mentioned issues and the threat of barnacle fouling to harmful emission increases are driving the need for high performance, advanced antifouling technology in the maritime industry. Ship operators are increasingly demanding antifouling paints that are both well-suited to specific ship trading patterns, and varying activity levels in addition to protecting against barnacle fouling in the case that the ship becomes idle for a given period during its service life.

For internationally trading cargo ships, who operate on tight margins and in a very competitive business environment reliant on just in time delivery, neither scheduling penalties, nor increased fuel costs caused by barnacle fouling on the hull are acceptable. A solution had to be found and that solution was Selektope®.

Selektope® is an organic, non-metal active agent used for the specific prevention of barnacle fouling was commercialised by Swedish biotechnology company I-Tech AB following extensive research conducted by Swedish researchers into how a range of substances that would prevent the settlement of barnacle fouling at the larval stage when dissolved in seawater could be used.

It was discovered that larval-stage receptors were remarkably responsive to one substance in particular– medetomidine. This bioactive substance prevented barnacle larvae attempting to settle on a hard substrate. By natural receptor stimulation, medetomidine activates hyper-mobile behaviour in barnacle larvae, which prevents them from attaching themselves to ship hull and niche areas. The effect is temporary and ultimately leaves them unharmed. Larvae that came into contact with the substance could still later metamorphose into juvenile barnacles with no apparent ill effect.

In 2009, buoyed by the further confirmation of earlier research, I-Tech entered a new stage in the development of the use of medetomidine in marine coatings, under the brand name Selektope®. By successfully initiating and achieving the registration of the active agent for regulatory, today Selektope® is one of the 12 active substances certified as a biocide available for use in antifouling coatings under the EU Directive on Biocidal Products (98/8/EC).

Since the worldwide ban of the use of tri-butyl-tin (TBT) in antifouling coatings in 2003, suppliers of marine coatings have faced increasing pressure to offer antifouling products that deliver the same level of effectiveness. The banning of TBT use forced the marine coatings sector to reconstruct their formulations to accommodate different biocides, with copper designated as the favoured candidate, supplemented with booster biocides.

However, with longer idling time now a real threat to the majority of ships, an active agent that provides relative peace of mind to ship owners and operators in changeable market conditions and expanding biofouling hotspots was exactly what the marine coatings industry needed. When used in antifouling coatings, Selektope enables all ship types to remain idle or at low speeds for longer in extreme barnacle fouling conditions without risk of barnacle biofouling occurring.

Currently, a total of eight marine antifouling products are available to ocean going ships that contain Selektope®, with hundreds of vessels using the technology to-date and the number of coating products on the market is increasing year on year.

As such, 2019 was one the best years for I-Tech. Within a global market value for the marine coatings industry of USD 3 billion, I-Tech as a company introducing biotechnology into marine coatings has been valued at USD 500 million. With the marine coating market only occupied by a handful of major players, I-Tech has been securing significant orders and highly publicised product launches from three of the top six marine coating manufacturers, Jotun, Hempel and Chugoku Marine Paints. Consequently, I-Tech has seen its net turnover for 2019 increase by 57%.

While no silver bullet exists on how to achieve the perfect, barnacle free hull, the industry is starting to be more proactive around the solution and embrace preventative measures, as indicated by the outstanding uptake of Selektope® by the international shipping industry’s antifouling coating supplier so far.

As tomorrow’s owners are looking to optimise their vessels and manage the pressure on the bottom line, all against the backdrop of shipping’s overarching goal to decarbonise, there is a significant challenge ahead for antifouling innovators.  However, it is also prospering great innovation and new approaches of fouling prevention technology using the active substance Selektope®. This is supported by increasing demand for antifouling coatings that contain the anti-barnacle active agent from ship owners and operators as an insurance policy for any times during which their ships lay idle and at risk from barnacle attack. 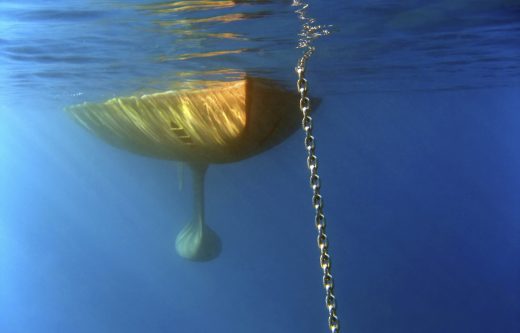 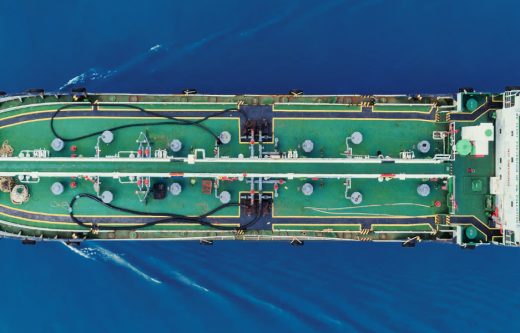 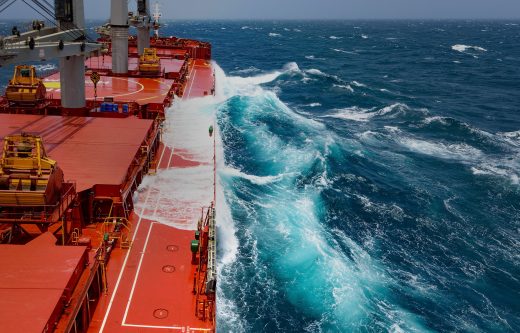 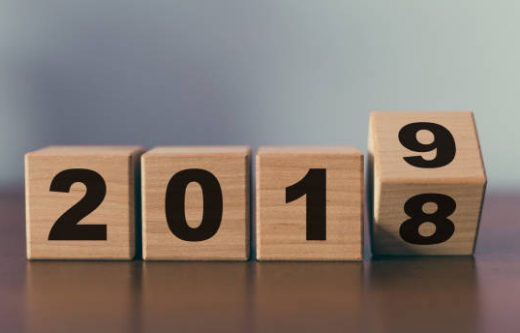